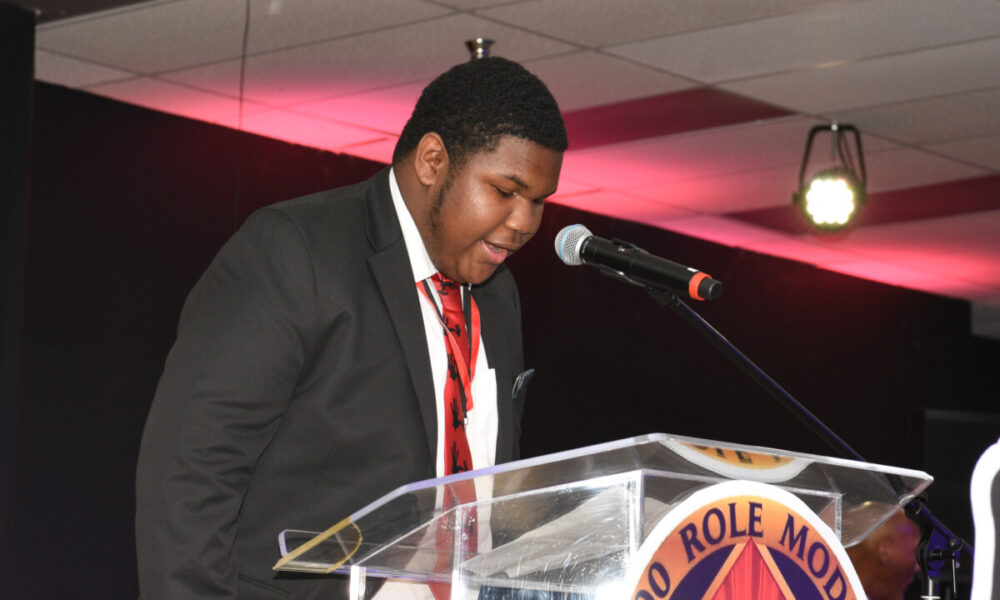 2021 proved to be an unprecedented year for the 5000 Role Models of Excellence Project, founded in 1993 by then school board member Dr. Frederica S. Wilson. Role Model Member George Pickens, IV, proves the case. While a junior at Miami Northwestern Senior High in February 2020, his mother passed. The Role Models had his back while he was burdened by the tragic loss of a parent, an uncertain school year due to the pandemic and gun violence all around him. Pickens graduated with a 4.0 GPA.

Pickens was one of 53 Wilson Scholars from Miami and Jacksonville schools to receive $5.7 million in college scholarships during the 5000 Role Models of Excellence Foundation’s 2021 Academic Signing Ceremony at Jesus People Church International in Miami Gardens in June.

“We are here today to celebrate our achievements as we all prepare to embark on new journeys,” said Pickens who earned a full scholarship to Tennessee State University (TSU).

“There is nothing that we in this room love better than to see young people, young men, ready for college,” said Glover. “As a university president, I am doubly proud to participate and attend.”

Role Models founder, Congresswoman Frederica S. Wilson, who honored Glover by including her in the Congressional Record, could barely contain her emotions.

“We’ve been doing this over and over during the past three decades, and I always get choked up because we are sending these young men out into the world. I know what’s out there and what they will face. I know that we have taught them how to survive.”

Business leaders served as toastmasters, including Role Model G. Eric Knowles, president and CEO of the Miami-Dade Chamber of Commerce, and Role Model Jason Jenkins, vice president of the Miami Dolphins football team. The team provided state of the art laptops for each of the Wilson Scholars.

If this academic signing ceremony didn’t show the return on investment for decades of hard work and dedication that creates nearly $6 million in scholarship winners, George Pickens, IV, does just that. In 2020, he was invited to introduce former President Barack Obama during a campaign stop.

Photo of George Pickens by 5000 Role Models of Excellence

Suga Mama and The Proud Family are Back on Disney+

Jo Marie Payton reprises the role on "The Proud Family" on Disney+. By Laura Dorsey