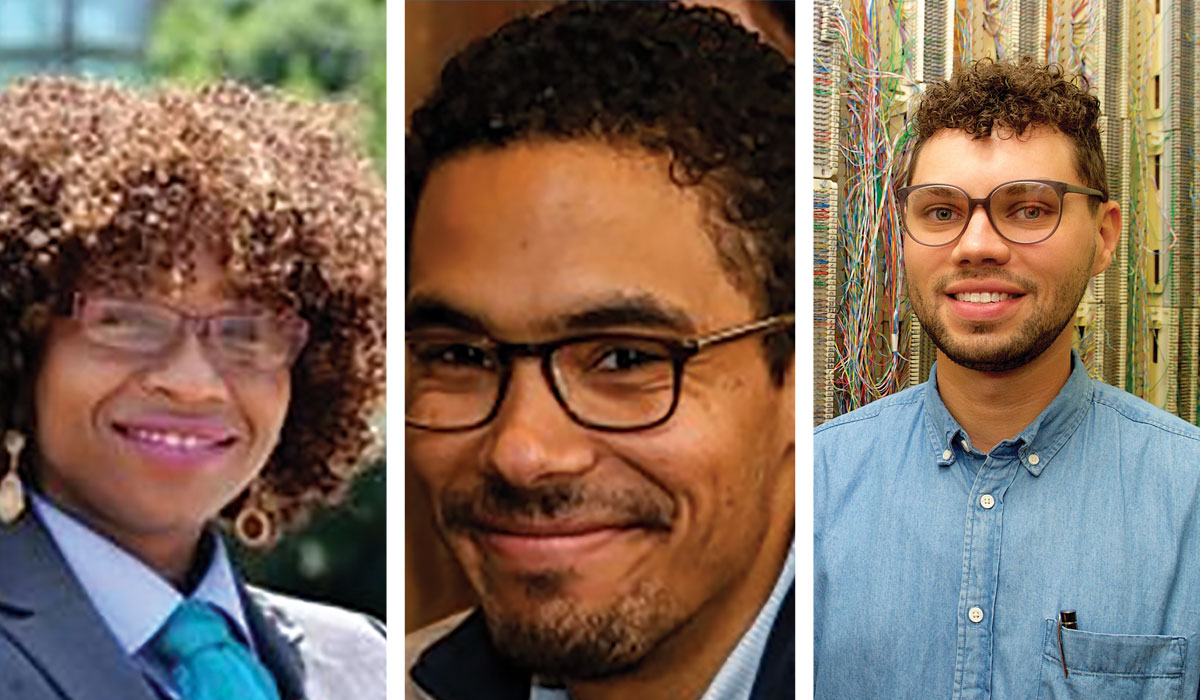 As major cities across the country are increasingly dealing with issues of race, city governments are recognizing the need to incorporate equity in their resilience strategies. While urban resilience often refers to preparing for a disaster, these dynamic thirty-something African Americans are proving that resilience also means addressing systemic problems of racial equity. From their positions as Chief Resiliency Officers;a new and innovative city position funded by 100 Resilient Cities-Atyia Martin of Boston, Jeff Hebert of New Orleans and Patrick Brown of St. Louis, MO, make sure that all communities are represented in their city’s resilience strategies.

Atiya Martin, Boston’s CRO, is not new to lasting racial legacy of the Boston busing crisis. As a native Bostonian, she has felt implicit bias from an early age and has heard her mother’s stories about open hostility against African Americans and even violence. These profound personal experiences drove her to seek a career where she can make a difference for socially vulnerable populations.

In her current position, funded by the nonprofit 100 Resilient Cities, the 35-year-old coordinates efforts to respond to the city’s unexpected disasters such as flooding, as well as endemic problems in minority communities such as lack of affordable housing and educational opportunities. Martin recognizes the need for greater integration across city systems and is working with city officials and members of Boston’s diverse communities to launch programs to increase access to job training into growing industries and promote equity throughout the city.

One of Martin’s greatest assets as the city’s first CRO is that she knows how to listen. A lot of her resilience work is focused on healing. She routinely hosts community town halls where she and other officials hear what residents have to say about sensitive issues and incorporate their thoughts and solutions in the city’s plans.

Martin comes to the position after four years as the Director of the Office of Public Health Preparedness at the Boston Health Commission, where she coordinated services for survivors of the Boston Marathon bombings. She is a veteran of the U.S. Air Force, has worked for the FBI and NSA, and is a published author and popular public speaker. She is also raising 5 children.

Jeff Hebert is the CRO and City Chief Administrative Officer for New Orleans. In the aftermath of Hurricanes Katrina, Jeff, a native of Louisiana, left his job in New York doing neighborhood redevelopment work and went back home to use his training to help rebuild the city.

Prior to becoming CRO, Jeff was the Executive Director of the New Orleans Redevelopment Authority which provides planning, financial support, and real estate for affordable housing and commercial corridor revitalization projects. He also was the first ever Director of Blight Policy and Neighborhood Revitalization and served as the Director of Community Planning for the Louisiana Recovery Authority post Katrina.

A big part of Jeff’s work is connecting all of the citizens of New Orleans with opportunity. People of color in New Orleans are more likely to bear the burden of poverty. The unequal distribution of wealth that has plagued the city for decades has produced communities with high concentrations of poverty and little access to avenues of economic and social mobility.

Through Jeff’s work, the city continues to build social cohesion by directly confronting the persistent challenges of violence and racism. By intervening at every level of society – from the individual to the institutional – New Orleans is seeking ways to reduce gun violence and incarceration, develop opportunities for our young men and open new forums for dialogue on racial reconciliation.

Patrick Brown is St. Louis’ newly named CRO. The City’s resilience initiative includes a unique focus on social and economic resilience in a city affected by historic divisions of race and class, along with resiliency planning to withstand shocks, such as civil unrest and weather disasters. Disparities in health, education, social and economic outcomes threaten community cohesion and weaken the overall resilience of the City of St. Louis. At 31, Patrick will be charged with fostering a citywide dialogue on the root causes of these divisions, helping the city to unite and build the collective capacity for change post the Ferguson Commission.

His role has two main stages. First, he will be responsible for a year of “stakeholder conversations” to learn what people in the area want and need fora more resilient St. Louis inside the government and outside of it. The second year of the position, will be about implementation of the resilience strategy.

Patrick, a native of the St. Louis area, knows the city’s potential “shocks” well, such as the threat of riots and civil unrest, heatwaves, tornadoes and flooding. The city’s current “stresses” are endemic violence, educational disparities, declining population and aging infrastructure. Patrick will work with 100 Resilient Cities, local community stakeholders and the city government, as well as ordinary citizens to uncover additional insights, and together, create viable solutions for St. Louis.

The effort to preserve Bethune-Cookman University is in full swing and is being waged on many fronts. Collectively, we will be able to address many ...