The Kinseys: Family Legacy Expresses the Art of Giving 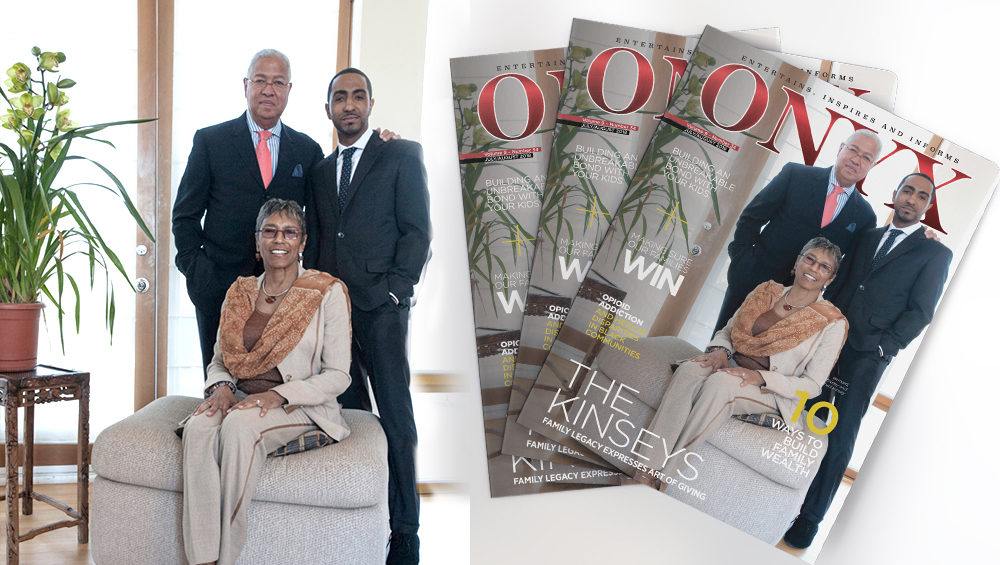 Bernard and Shirley Kinsey personify family with a display of passion and humility often unique to African-Americans. Together, they publicly emerged and claimed space as 21st century global icons who have traveled to more than 91 countries following a dual retirement from the Xerox Corporation where they enjoyed lucrative careers.

They are powerhouse philanthropists boasting contributions to the nation’s HBCUs (Historically Black Colleges and Universities) that surpass $28 million. Recently, they challenged Florida A&M University (FAMU), to raise $500,000 by matching the Kinsey’s personal $250,000 contribution. Their alma mater rose to the occasion and new uniforms, instruments, and an equipment truck were purchased for the renowned “Marching 100” band. In tribute, Kinsey is monogrammed on the back of uniform sleeves.

They are insatiable art curators who positively changed the trajectory of how America perceives African American history and art by intersecting the two in a ground-breaking exhibit at the American Adventure Pavilion at Walt Disney World’s Epcot Center. Distinctly titled “The Kinsey Collection: Shared Treasures of Bernard and Shirley Kinsey,” it is estimated that eight to 10 million tourists viewed the installation during a five-year duration.

They are phenomenal, to say the least. A charming couple whose matrimony celebrated 51-years in February, they are proud parents to son Khalil who serves as CEO and general manager of operations for The Kinsey Collection. It’s a family affair for the Kinseys who currently reside in the patriarch’s hometown of Los Angeles, Calif. Shirley is a St. Augustine, Fla., native, and the enthusing tale of how two people from separate U.S. coasts met is the beginning of Kinsey history as shared with ONYX Magazine.

By Jonathan Concool Enes Freedom, formerly known as Enes Kanter, joined BasketballNews.com’s own Etan Thomas on “The Rematch” and was given a chance to clarify ...