Paying to Win in Politics? 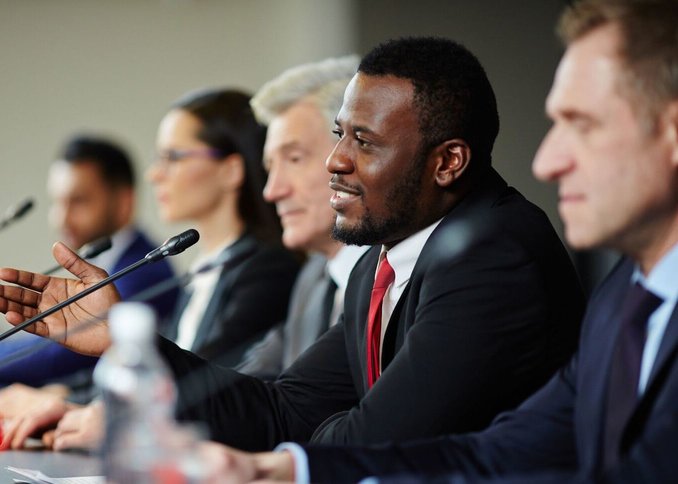 One of my consulting clients turned me on to a documentary called “Park Avenue: Money, Power and the American Dream,” which I have used in my classroom. The documentary compares the access to opportunities of residents of Park Avenue in New York, both on the Upper East Side and the South Bronx. A writer for the “New York Observer” suggested, “the documentary makes a compelling case that inequity impedes democracy; and that the victims of the inequity include not only those who find themselves in the rapidly expanding underclass, but the American dream itself.” This documentary also introduced me to the politically active, billionaire Koch brothers, Charles and David, who used their considerable wealth to influence the political landscape of our country.

According to the Center for Public Integrity, Oprah Winfrey is worth more than $3 billion, Michael Jordon is worth $1.65 billion, and chairman of Vista Equity Partners Robert F. Smith has an estimated value of more than $4 billion. All three are substantial philanthropists but not big political donors. Their names are not even mentioned in the same breath as megadonors Charles and David Koch. Even when you hear the word megadonor, it is most often associated with older white men because our country lacks megadonors of color.  When it comes to politics, lawmakers are more so indebted to a small group of white donors who do not reflect a country that is becoming younger, blacker and browner.

Money does matter in politics.  To get elected, candidates run viable and expensive campaigns. It is estimated that when it comes to politics, the candidate who raises the most money usually wins. To raise money for their campaigns, politicians solicit donations from wealthy people and groups such as Super PACs. To get wealthy special interest money, politicians appeal to their needs and interests and in turn write and pass legislation often that favors their donors at the expense of the public good.

According to “Political Power–The Movement for Black Lives (PPMBL), “Elections funded primarily by wealthy, white donors mean that candidates as a whole are less likely to prioritize the needs of poor and working class black people; and that black candidates are less likely to run for elected office, raise less money when they do, and are less likely to win. Ultimately, black people are not adequately represented by elected officials.”  An elite and minuscule donor class—comprised of extremely wealthy individuals, 90 percent white, and overwhelmingly male subsection of the population, like the Koch Brothers—determines who runs for office, who wins elections, and what policies make it onto the agendas in Washington, D.C., and state legislatures across the country.

According to the m4bl.org, although people of color are 37 percent of the U.S. population, 90 percent of our elected leaders are white. White men are just 31 percent of the population but 65 percent of elected officials. At the other end of the spectrum, women of color hold just 4 percent of elected positions in spite of being 19 percent of the population. PPMBL goes on to note, the dominance of white donors disadvantages black people in two key ways. First, candidates running for office (in all races) are less likely to prioritize issues of concern to black Americans because they are forced to spend a significant majority of their time courting the dollars of wealthy donors. Second, black communities are underrepresented in elected office, as black candidates without access to networks of wealthy donors find it more difficult to compete and run competitive campaigns.

Many people of color have no expectation the system of government is going to work on our behalf, particularly when it comes to access to opportunities, healthcare, housing, jobs.  Kofi Annan, said, “Knowledge is power. Information is liberating. Education is the premise of progress in every society….” As we approach the 2020 elections, in all categories, consider yourself knowledgeable, informed and educated.  Know that when it comes to politics, your money matters!