ONYX on the Move at VOTE Fest 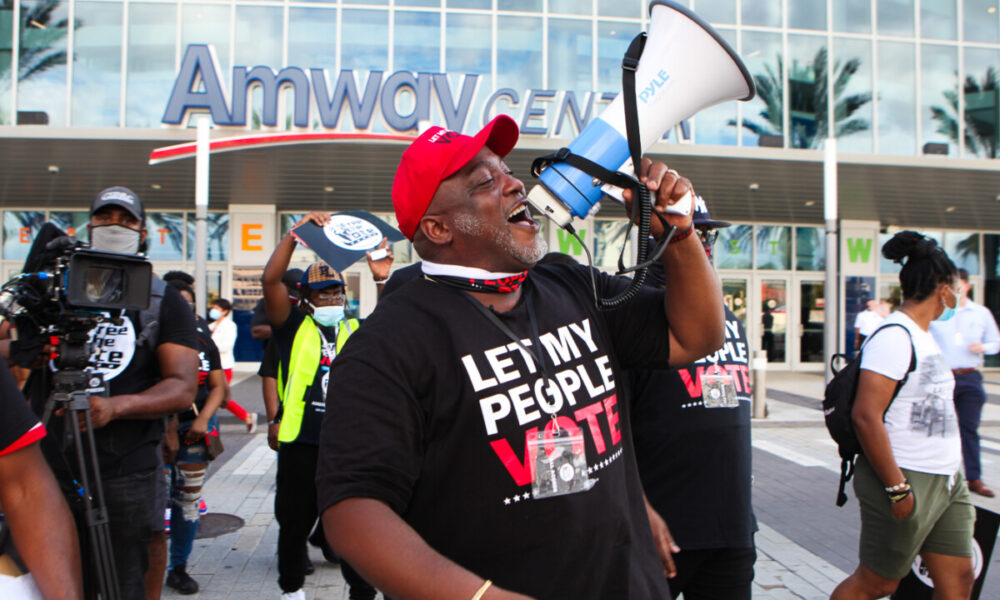 ONYX Magazine was among 17 organizers that came together for Central Florida’s Vote Fest in October. Hundreds of people showed up at the Amway Center to take part in a march through Parramore; attend performances by national recording artists; and, most importantly, cast their votes—many for the first time.

“It’s the first time they actually get to participate with society,” said Florida Restoration of Rights Coalition President Desmond Meade, speaking of returning citizens. “People who are voting for the very first time—and they are in their 60s and 70s.”

Another aim of the event was to encourage younger people to vote. That call is being heard nationwide. According to a poll conducted by Tufts Tisch College, more than three million young people between 18-29 have already voted by early or mail-in voting, a significant uptick from the same time in 2016.

“[Voting for the first time] was quite the experience,” said 20-year-old, first time voter Kehmon Knowles. “I feel that everybody should vote, or at least get a chance to vote to better the community, and to make things better for Black people and everyone in general.”

Pastors and ministers from across Central Florida flooded downtown for Souls to the Polls, a movement to push more Black people and faith communities into the voting booths. Organizers say they held Vote Fest in Parramore, a predominantly Black area of Orlando, to make it easier for community members to attend.

“We want to make sure everybody understands the power of their selection,” said Bishop Derrick McCrae, the pastor of The Experience Church in Orlando. “We’re expecting much more than what we’ve seen in the past for this community in Orlando to show up and vote.”

Along with the vote call-to-action, Vote Fest also featured concerts with rapper and activist Common, who represented the national Vote Fest, and singer Anthony Hamilton, who came as a part of the Voting Is Queen events, hosted by rapper Uncle Luke and Monica May of Monica May Communications.

“It just needs to be enough people,” said Common. “Your speaking up, as micro as it seems; your putting that vote in is like shifting the tides for you and your people, and for people long-term.”

This year, we acknowledge the 50th anniversary of the assassination of Dr. Martin Luther King Jr.  Rev King left many legacies: as a crusader for ...