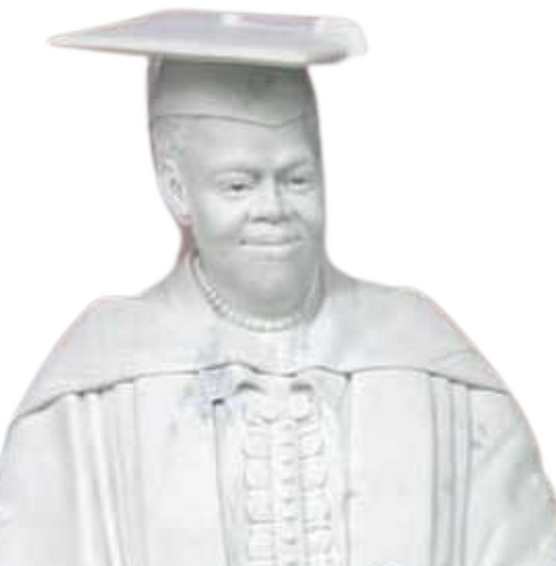 STATUE OF MARY MCLEOD-BETHUNE HEADED TO STATUARY HALL U.S. Rep. Kathy Castor helped unveil the Dr. Mary McLeod Bethune statue for the first time in Florida and the U.S. since arriving from Italy. The Dr. Bethune statue will soon represent the State of Florida in the United States Capitol’s National Statuary Hall Collection. Dr. Bethune will be the first African American to represent any state in the collection. Dr. Bethune takes the place of an obscure confederate general who has represented Florida in the state collection since 1922 and will be one of only a few women to represent a state in the 100-statue collection. The confederate statue that has represented Florida since the Jim Crow era was removed from the Capitol in the beginning of September. The installation in Statuary Hall was scheduled for February, but may be moved to March.

Atlanta Human Rights Lawyer Fights For The Disenfranchised And Wins