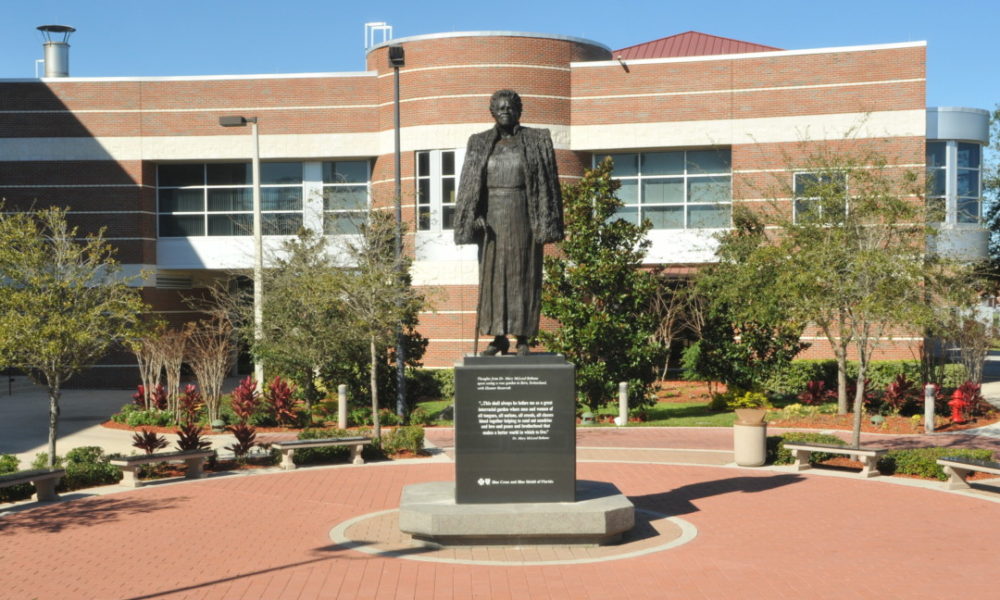 Never has one dollar and fifty cents realized such a return on investment. As the daughter of former slaves, little Mary McLeod sat at the knees of griots who recounted a time when Black people were blocked from receiving a formal education. Her roots, planted rmly in South Carolina, grew from resilience and determination to rise above the harsh racist realities of the Deep South.

So, in 1904, when she invested what is now considered mere pocket change into educating Black students, Bethune could only imagine what her vision would become. A training institute for five young girls was the impetus for what would become Bethune-Cookman University (B-CU); an internationally-important institution of higher learning that produces some of the greatest minds in the world.

Bethune’s legacy lives on in the in influence of its leaders and the success of its students. Even amid a cloud of uncertainty and a $100 million debt balloon, Interim President Judge Hubert Grimes stands on a promise made to students of “the same excellence in leadership from my administration that we expect from them when they leave this historic institution,” he said.

Read the entire article in the January/February 2019 issue of ONYX Magazine.

What is a millennial? Although opinions vary, for the most part it is someone reaching adulthood around the year 2000. While the culture of millennial ...