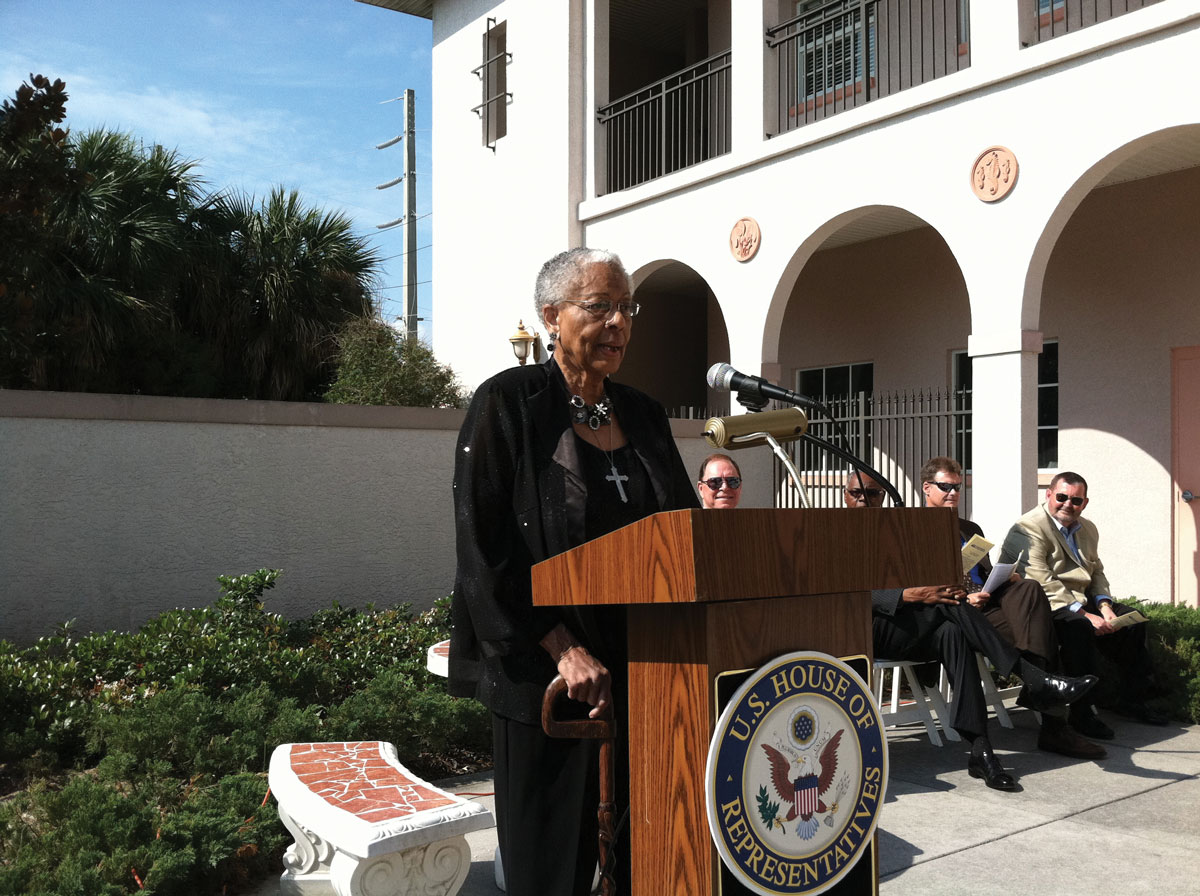 On Christmas night 1951, a bomb exploded under the Mims home of educator and civil rights activist Harry T. Moore. The blast was so loud it could be heard several miles away in Titusville.

Moore died while being transported to Sanford, the closest place where a black man could be hospitalized. His wife Harriette died nine days later from injuries sustained in the blast.

The couple celebrated their twenty-fifth wedding anniversary on the day of the explosion, and Harriette lived just long enough to see her husband buried.

The Moore’s daughter, Juanita Evangeline Moore, was working in Washington, D.C. in 1951, and was scheduled to come home for the holidays on December 27th, aboard a train called the Silver Meteor. She did not hear the news about her family home being bombed until she arrived.

“When I got off the train in Titusville, I knew something was very, very wrong,” Moore said in an interview before her death in October 2015. “I had not turned onaradio or television, so I didn’t know a thing about it until I got off the train. I noticed that my mother and father were not in front of all my relatives to greet me and they were always there.”

Moore was given the news by her Uncle George, who was home on leave from Korea.

“We got into his car and got settled, and the first thing I asked was ‘Well, where’s Mom and Dad?’ No one said anything for a while, it was complete silence. Finally, Uncle George turned around and he said ‘Well, Van, I guess I’m the one who has to tell you. Your house was bombed Christmas night. Your Dad is dead and your Mother is in the hospital.’ That’s the way I found out,” said Moore.

“I’ve never gotten over it. It was unbelievable.”

Moore insisted on being taken to her parent’s home. The blast had done extensive damage. She saw a huge hole in the floor of her parent’s room, into which their broken bed had collapsed. Wooden beams had fallen from the ceiling. Shards of broken glass covered the bed in the room she shared with her sister, Peaches.

Harry T. Moore was born November 18, 1905, in Houston, Florida, located in Suwannee County. At age 19, Moore graduated with a high school diploma from Florida Memorial College where he was a straight-A student, except for a B+ in French. Other students called him “Doc” because he did so well in all his classes.

For full story, pick-up the latest issue of ONYX magazine or subscribe to the digital edition today!