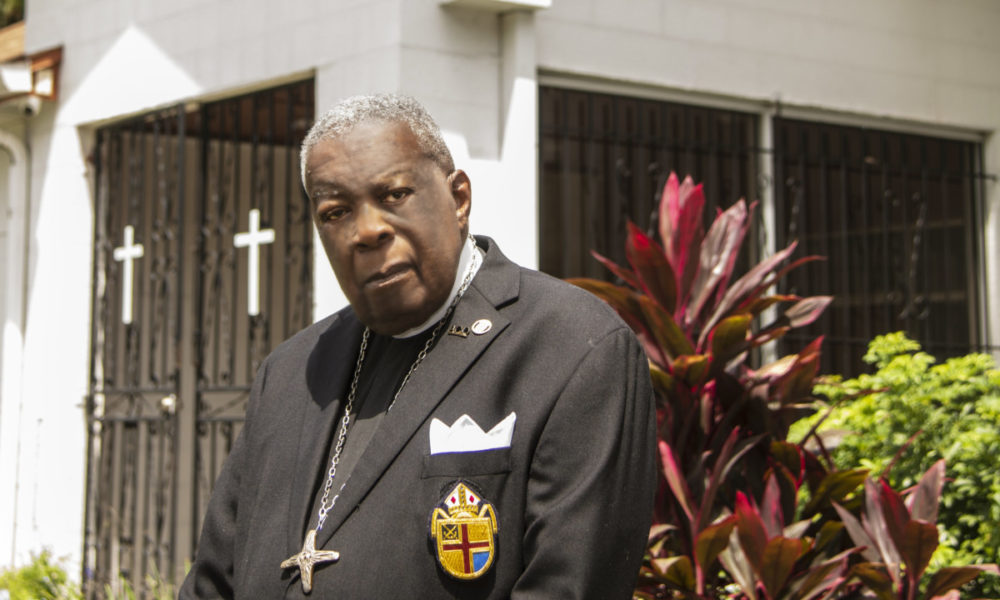 He is known as the “street priest,” the “hoodlum’s priest,” community leader, a caring person, a loving person, and your “priest and friend.” He is devoted to God, his fellowmen, his wife, Marian, family, his church, community, and organizations, alma maters and Orlando, Orange County, Fla. The Rev. Canon Nelson Wardell Pinder, D.D., is a man of the people.
Canon Pinder was born in Miami (Overtown), Fla., on July 27, 1932. He grew up in the Liberty City Housing Project, commonly called “The Government Condos.”

Following his family’s tradition, Pinder enrolled in Bethune-Cookman College (B-CC) in Daytona Beach, Fla. While at B-CC, he was drafted into the United States Army during the Korean War. After being honorably discharged, he returned to B-CC where he became very active in student government and other campus groups. He graduated in 1956 with a degree in philosophy. Pinder then enrolled at Nashotah House Seminary in Nashotah, Wis., to study and prepare himself for priesthood in the Episcopal Church. In 1959, he was ordained into the ministry and assigned to The Episcopal Church of St. John the Baptist in Orlando. He married his college sweetheart, Marian Elizabeth Grant, on August 15. Pinder never stopped using

Read his entire story in the September/October 2019 issue of ONYX Magazine. Subscribe today.

A college student from the West African nation of Togo has a side hustle that is starting to set fashion trends. Hogoe Elimiera Ivana Kpessou’s ...