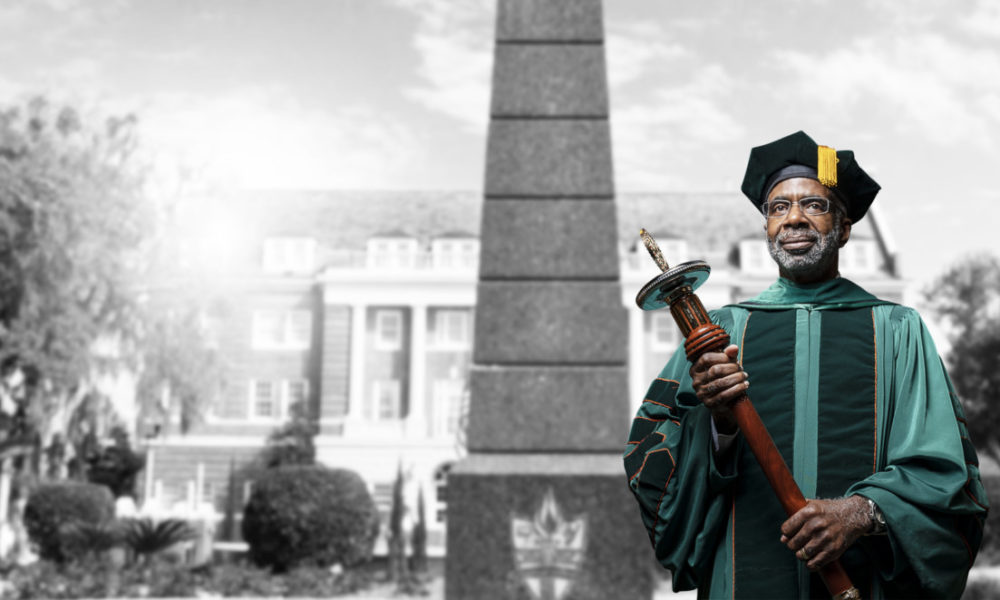 Earlier this fall, Pres. Larry Robinson, Ph.D., took an important trip to Atlanta. His goal was to recruit the brightest scholars for matriculation on one of the highest of seven hills in Florida’s capital city. To prepare, he contemplated the words he would speak to the prospects and their parents about why Florida A&M University (FAMU) is the right choice for straight-A students.

The list of recent accomplishments at FAMU is so exceptional, Robinson might have found himself struggling to whittle it down to a few key points that show FAMU on the cutting edge of technological and educational achievement.

Just in 2019, scientists in the FAMU College of Pharmacy and Pharmaceutical Sciences were the first in the nation to create human corneas using a 3D bio printer; FAMU received $24.8 million from the Legislature to complete construction of an 80,000-square-foot building to house key student services under one roof; FAMU began construction of a 700-bed student residence and dining facility; FAMU launched a partnership with Duke Energy to build a solar farm in Brooksville, Fla., and deliver clean energy to thousands of homes; and in 2017, the University received state funding to provide medical marijuana education to minority communities across Florida.

Those are just a few advancements with long-term promise that have catapulted FAMU into the spotlight as a top institution of higher learning—not only among Historically Black Colleges and Universities (HBCUs), not only in Florida—but among all high-performing universities throughout the U.S.

When Robinson stepped into the recruitment event, ready to greet 30 to 40 Merit Scholar-worthy students, he was overwhelmed by more than 80 vying for a spot at FAMU. That evening, the hopefuls learned that, by attending FAMU, they would be pushed beyond excellence over their next four years.

Read the entire story in the November/December 2019 issue of ONYX Magazine. Subscribe today.

When Victoria Woodhull ran for president in 1872, she was depicted as “Mrs. Satan” in a political cartoon. When Sen. Margaret Chase Smith sought the Republican nomination in 1964, one columnist ...