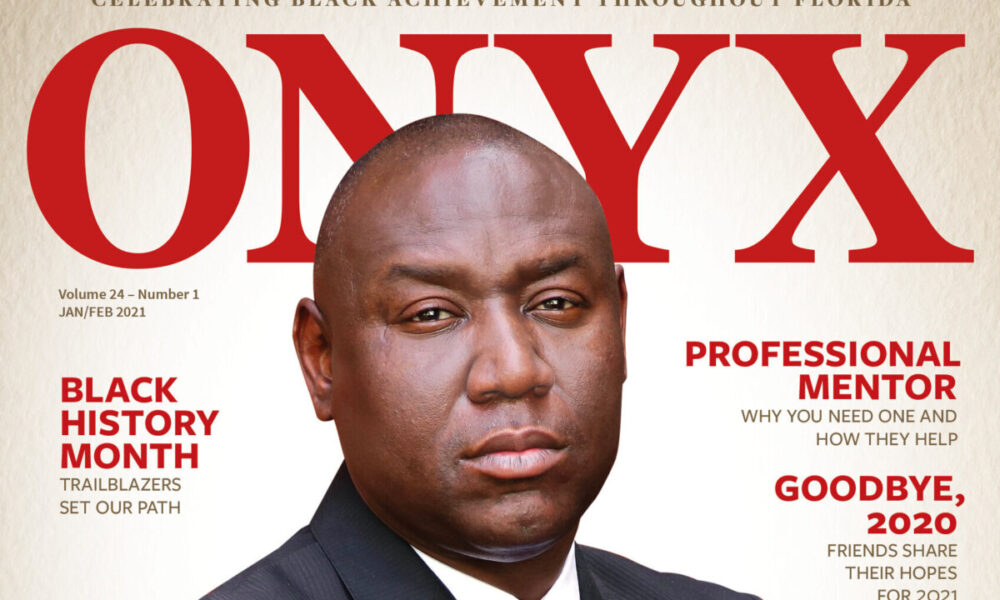 Injustice has met its biggest foe. When Benjamin Crump was a little boy, he already was thinking about social justice. Inspired by the work of the nation’s first Black Supreme Court justice, Thurgood Marshall, young Crump envisioned himself standing in the place of those who couldn’t stand for themselves. Never did the destitution that clutched his family become a barrier. Instead, it fueled him to study law and fight for the marginalized in America. His stamina has earned him the moniker “Black America’s Attorney General,” so says the Rev. Al Sharpton.

Some of the country’s most gripping cases have called Attorney Ben Crump to the floor. He represents the families of Ahmaud Arbery, George Floyd, Breona Taylor; and Jacob Blake. In each tragic case, innocent African American blood was shed at the hands of White police and vigilantes in 2020. All, except Jacob Blake, were killed.

“Ben Crump has been on the forefront of justice for Black Americans as long as I can remember and evolved into covering high-profile cases,” said U.S. Congresswoman Frederica Wilson, who has worked with Crump for civil rights. In 2006, Crump represented the family of Martin Lee Anderson, a 14-year-old boy beaten to death by guards at a Florida bootcamp as a nurse watched. Initially, a coroner reported sickle cell trait as the cause of death. With his family outraged, Wilson and Crump stood together until then Florida Gov. Jeb Bush ordered that Anderson’s body be exhumed and another autopsy performed. The death ruling changed to suffocation. After that, Florida shut down bootcamps and replaced them with more humane programs. “When families sought the kind of justice we see now, the first people called were Crump and Al Sharpton, and for decades, I called him too,” she said.

With his infectious smile and heart of compassion, Attorney Crump approaches each case with gentility, like the victims are members of his own family. But he roars like a lion to ensure that justice is served. In America’s first trial conducted on Zoom in October 2020, Crump fought for a motorcyclist who was paralyzed in a 45-vehicle interstate pileup in 2018. The jury returned a cool $411,726,608 in favor of his client. Attorney Crump often wins big—and with his big heart, he gives big. He has endowed scholarships to Florida A&M University, Livingston College, Florida State University, and Bethune-Cookman University for minority law students. He also serves as the president and co-founder of MyDad360, a mentoring program for fathers endorsed by former U.S. Secretary of State General Colin Powell and lauded by President Barack Obama’s My Brother’s Keeper initiative.

The nationally renowned lawyer took some time with ONYX Magazine to share his inspiration, his ambitions and what social justice means to him.

Read the entire story in the Jan/Feb 2021 issue of ONYX Magazine.