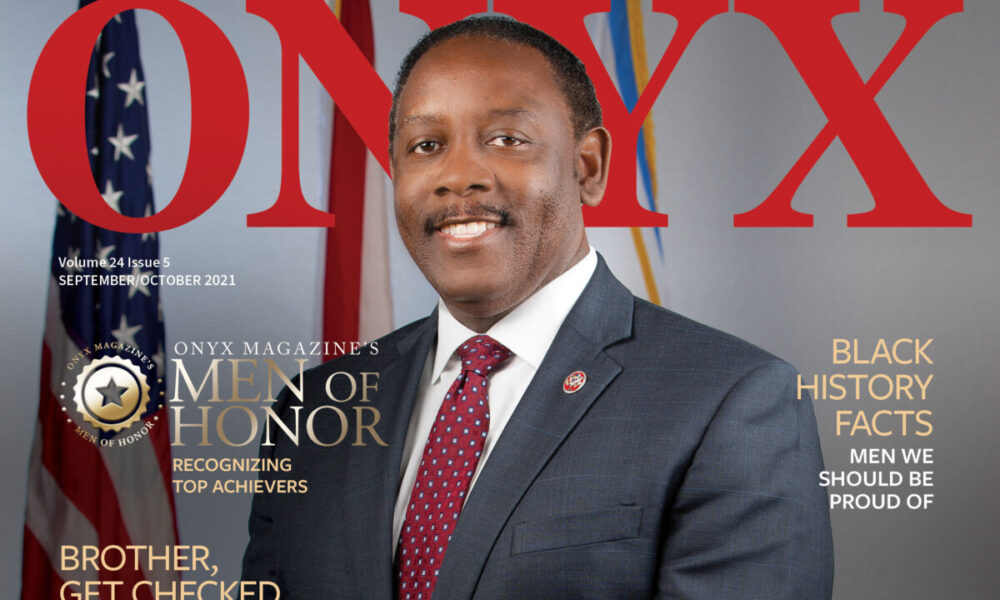 Mayor Jerry L. Demings is an Orlando native and graduate of Jones High School. He was sworn in on Dec. 4, 2018, as the 5th elected Mayor of Orange County. As its first African-American mayor, Demings oversees more than8,000 Orange County employees and a $4.9 billion budget as the County’s chief executive officer. He says that his goal is to make Orange County the “Experimental Prototype Community of Tomorrow” by creating a community culture of innovation, collaboration and inclusiveness. A lifelong public servant, Demings became Orlando’s first African-American police chief in 1998 and was elected the first African-American Orange County Sheriff in 2008. He was re-elected in 2012 and again in 2016. Demings holds a bachelor’s degree in finance from Florida State University and graduated magna cum laude with a master’s degree in business administration from Orlando College. He is also a graduate of the 194th session of the Federal Bureau of Investigation’s National Academy and has studied at Harvard University’s John F. Kennedy School of Government. Demings is married to former Orlando Police Chief Valdez B. Demings, who also made history as the first female police chief in Orlando and is now serving her second term in the United States Congress. They have three sons who are all graduates of Florida Agricultural & Mechanical University. Demings has been recognized by “Orlando Magazine” as one of the 50 most Influential Central Floridians each year since 2009 and has been recognized by the “Orlando Sentinel” for many years as one of the 25 most influential people in the area. He is no stranger to crisis management and has been recognized for his leadership during crises including the events of 9/11, the Florida hurricanes of 2004, the Casey Anthony trial of 2009-2010, and the June 12, 2016 Orlando massacres at PULSE nightclub. He was appointed to the FEMA National Advisory Council in July 2014 and served until 2018.

Demings currently serves on several regional boards of directors, including the Greater Orlando Aviation Authority, Central Florida Expressway Authority, Metroplan Orlando, Central Florida Regional Transportation Authority/Lynx, Dr. Phillips Performing Arts Center, Orange County Tourist Development Council, Orlando Economic Partnership and he is involved in numerous civic organizations. He is a member of Omega Psi Phi Fraternity, Inc., Alpha Phi Omega Fraternity and Sigma Pi Phi Fraternity, and is a steward at Saint Mark AME Church in Orlando. Demings has a passion for working with organizations that support children and volunteers with several non-profit agencies. Recognized as Man of the Year for the ONYX 2021 Men of Honor Awards, Demings’ offered personal and professional insights into the journey he is currently on and perhaps, into what lies ahead.

To read the entire story, get the September/October issue of ONYX Magazine at www.onyxmagazine.com/online-issu/.

By BlackFacts BlackFacts Minute: December 7, 2021 On this day in 1941, Doris “Dorie” Miller defends U.S. ships during the attack on Pearl Harbor. He ...